THE INFLUENCE OF CORPORATE THOUGHT LEADERS ON CORPORATE GIVING

Corporate philanthropy has seen some radical shifts in the last twenty years. We may just now be drawing concern about what is happening, where it is headed and how do we stay engaged as these changes evolve?

To understand the shifts as they appear, we need to look at some key factors, one being influences on the corporate sector.

Let’s take a look at thought leaders in business and how their rockstar status and larger than life influences have impacted the patterns we are experiencing with corporations as they support causes and charitable efforts.

No conversation about corporate giving could be complete without a reflection on the impact of Milton Friedman. 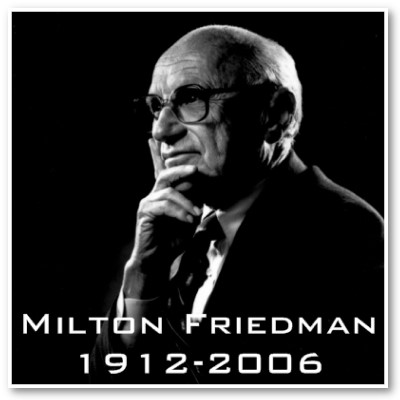 Milton was a Nobel Prize winner in economics. He was a distinguished professor at the University of Chicago. He was the author of the classic best-seller Capitalism and Freedom and a long-time Newsweek columnist.

Milton Friedman was one of the greatest and most influential economists in the 20th century. This certainly qualifies him to be considered a business rockstar. He was also an unapologetic curmudgeon, an outspoken and controversial thought leader on all things business.

But Friedman was not against all corporate giving. Corporate philanthropy could be justified if it served a business objective—improving employee teamwork and motivation, strengthening the marketing of a company’s brand, enhancing financial outcomes. He also had a less emphatic position on giving by privately held companies. He thought that was a decision best based on the individual or family owning the company, as it was their money to give away.

Milton was a multi-dimensional man. Besides being a powerful voice in the business sector, he was also a great philanthropist and a tremendous advocate of philanthropy.  He was not alone 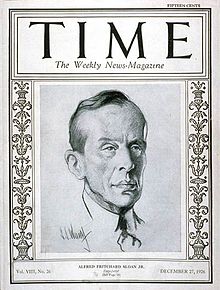 Alfred P. Sloane, another uber-chief of corporate discipline, he was born in New Haven Connecticut, educated at MIT and graduated from there in just three years, as the youngest member of his class. Alfred was a long time President and CEO of General Motors, resigning to remain as their board chair until the late 1950’s.  He steered the corporation through some tenuous and deadly years of bad business, Nazi allegations, and revenue slumps.

He was not as eloquent a man as Milton, but he too felt philanthropy had no business being tied to business. He simply stated “The business of business is business.” And like Milton he was a prolific philanthropist. Because of his personal generosity, his name today is on buildings and foundations across the nation, from Sloan Kettering in New York City to the Alfred P Sloan Foundation, whose assets currently reach about 1.8 billion dollars.

Why is it important to have knowledge of these two giants of industry? Why should we abandon our cynicism and try to comprehend their position on corporations and giving? Because every MBA student leading or preparing to lead companies today, have at their hearts, minds and training, the words, vision and example of Milton and Alfred. And it is with this training today, that they are approaching the development of corporate giving strategies.

The apparent disunion in the perspectives of these two gentlemen, when it came to business and philanthropy, is at first perhaps perplexing. But it is not unusual. Their beliefs still hold true today.  Whether you agree or disagree with their perspectives, these men continue to have tremendous influence on the culture of business through their legacy.